I've been a fan of The Biggest Loser since the beginning. First, as most of you know, my addiction to reality tv is ridiculously bad. Second, some of you know I auditioned and got a call back, but never made it to the show. Last, when else can I watch people go through the same struggles as me on TV?

When I auditioned a few years ago for The Biggest Loser I had already lost 100 pounds, but would have still been (at that time) one of the largest female contestants ever. I thought that (and my sparkling personality) would be enough to put me on the show. After the whole casting process was over, I realized maybe if I hadn't revealed I had already lost that much weight, maybe I would have made it. Maybe I appeared like I had it all together. But as we all know, I'm here today and don't have it all together. Sure, I ended up losing another 50 pounds, but I also gained all of it (plus a little more) back. I obviously didn't have the answers then, nor do I have all the answers now.

The show has been criticized for being unrealistic, too extreme, etc. As someone who once majored in kinesiology and who was an aerobics instructor (at over 220 pounds), I understand that it's not realistic to lose 15 pounds a week, or to work out 8 hours a day. I personally don't have a problem with the show, but can understand why some people do. They can choose not to watch.

When this new season premiered this past week, a set of different feelings hit me when watching the show. In previous seasons, Daniel was the largest contestant ever on the show, topping out at 454 pounds- still smaller than me at my biggest, even if only by a pound. Turns out he's back this season for his “second chance” and he picked none other than Shay to be his partner. There are lots of stories this season that stand out for me, but she is the person I most related with. Her story is heartbreaking, and I feel for her having to go through life in the foster care system, a kid of a heroin-addict. I am so thankful that compared to hers, my upbringing was much less tumultous. What made me relate to her was her size. She's 30, I'm 28. She's 5'8, I'm 5'10. Her heaviest was 479. Mine was 455. So similar.

I have never seen anyone who I knew weighed as much as I did at my highest. I look at her like I'm looking into the mirror of myself. What I was, what I still am struggling to face. But yet I look at her and see hope. I see a virtual friend, even though she has no idea I exist. I see someone on my TV every week who is struggling to move that mass of a body around in ways to make it work. Can I just tell you how good it feels? It's the whole proverbial, “you're not alone” yet I always felt like I was. This super obese freak who was alone in the world. And suddenly I realized there are other souls out there fighting the same fight. Here's a short video on Shay:

There are other ridiculously touching stories this season, including Abby, who lost her husband and 2 kids in a car accident. Buckets o' tears during her story, I tell you that my friends!

Anyway, just sharing my happiness over this season. You can probably guess who I'm rooting for! For those interested, there is a liveblog during the episodes on Fat Bridesmaid's blog. 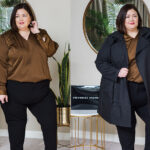