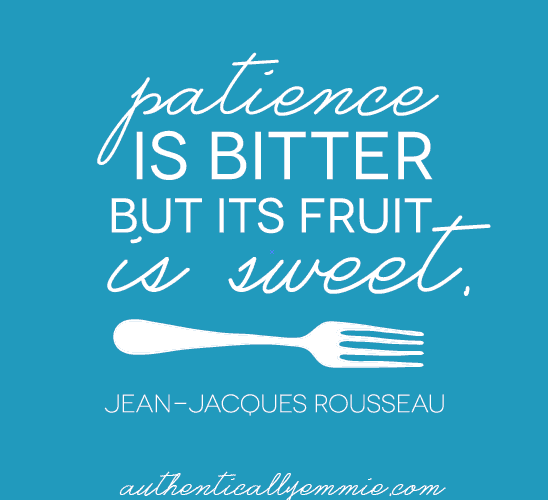 I'm not a patient person by nature. I'm also fiercely independent. Combine these things together and it's a recipe for disaster when you can't put weight on your foot for 6 weeks.

Example 1: Had to go to the doctor for a 1 week follow up. (I was going to share a photo of my surgery area but don't want to frighten anyone. If you want to see it, click here.) To get from the main level of my house to the garage, I need to navigate 20+ stairs. (To go from the main level to the street, it requires up 2 stairs, then down 5 concrete stairs – it's a lose/lose situation) Crawled down on my hands and knees backwards. Then got fussy when I was having a hard time trying to get in the car. As soon as hubs started driving, I just burst into tears. Totally uncharacteristic of me. Was just so frustrated!

Example 2: Random trip to the bathroom. My right (good) leg was cramped up and I was having a hard time getting back up. Ended up just sitting there and crying instead of just asking hubs to come help. It was a ridiculous release of emotions. I've since gotten a toilet seat riser, which makes everything SO.EFFING.EASY.

Example 3: Today I woke up determined to get a shower. As someone who normally showers and washes my hair every day (it's oily, 1 day and I feel like a grease monkey), I just feel gross. When hubs went to walk the pup, I decided I could stand on one leg and balance my knee on the outside of the shower on my knee walker, and leave the shower door open. I successfully did this last week, and it's the closest I've felt to myself since surgery. Today? I stepped in the shower and instantly fell down. The water was running and I was folded up like a pretzel and when reached up to turn the water off, realized in my fall I had managed to rip both faucet handles (hot and cold) off the wall. Somehow I got out of the shower, off the floor, and back on my knee walker and back into bed where my cell phone was. Called hubs who was almost home, and he and my brother in law showed up to try to turn the shower off. I was so mad at myself for not just being patient. I have been ridiculously emotional today. My splint got wet, but I don't think I did too much damage to the tendon since it couldn't move much anyway. It's sore, but not painful. So I have to go back to the doctor in the morning for a new splint and the plumber has to come out to fix the faucet stems. (And for those who ask, I had borrowed a shower stool but it's too big, so I ordered another one which will arrive tomorrow. Why I couldn't have waited until tomorrow for a shower is beyond me.)

I don't know why patience is such a hard thing for me, but it's only hurting me being as impatient as I have been. Hopefully after today's painful lesson I have finally gotten the message that it's okay to ask for help and that I have to simmer down. I'm so stubborn.  Thank goodness for my husband, who has the patience of an angel to deal with me and my mood swings during all this.

So here's to a fresh week hopefully full of patience! How was your weekend?

A Year Gone By

No Crying in Physical Therapy 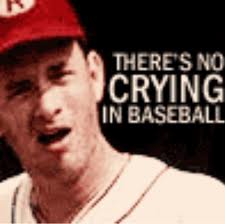 ← Dresses to the Rescue
IGIGI Intro to Fall Plus Size Collection →