Quite a bit of commotion this weekend on Twitter and in the rest of the social media stratosphere (I'm a marketer, remember? Totally a fan of social media) having to do with director Kevin Smith getting asked to get off a Southwest Airlines plane because of his size (maybe).

I typically stay out of any sort of “fat acceptance” types of discussions because it gets controversial and I'm not usually one for controversy when it comes to talking about weight. It's so heated and I just stay out of it. But this is a topic that is on my mind a lot, and when I saw all the tweets about Kevin Smith's experience, it ignited something in me. (I've written about my airplane issues in a couple of posts, here and here.)

Southwest Airlines has the most well-known (and complained about in the fatosphere) “Customer of Size” policy. Because of this, I avoid Southwest like the plague, whether for business or pleasure. There was 1 time in 2007 I had to fly Southwest for work and had zero incident, however I was on pins and needles as I was traveling with my boss. While the arm rests went down, I did have to get a seatbelt extender and feared I would be thrown off the plane with my boss watching on. Talk about mortifying.

In the past few years I've had to travel quite a bit for work. I love traveling and exploring, whether for work or pleasure, but being at my current level-of-fatness, it is a huge concern when I fly. Will I fit? Will I need an extender? Will there be a seat next to me that's empty? I check the airlines websites constantly, reassigning my seats anytime I see someone has been assigned next to me. It's truly maddening. I can relate my weight with when I'll need an extender or not. I know at X pounds, I'll need one. Under that, I don't. Blech.

Anyway, to summarize the Kevin Smith saga- he usually buys 2 seats for his comfort, not because of his size. He had gotten on a flight as a standby passenger, and had his bag put up and was about to put his seatbelt on. He was pulled off of the full flight, even though the arm rests could go down, the passengers on each side of him didn't have any objections, and his seatbelt fit without an extender (more than I can say for myself). They said it was a “safety concern” but he's calling bullshit. The whole story is kind of crazy, and you can listen to it on his Smodcast (podcast) if you want all the details.

Something that kind of irked me at the beginning of  Kevin Smith's podcast is that he goes on a couple times about “I'm FAT but I'm notTHAT fat!”  I totally get it. I AM unfortunately that fat, despite my weight loss so far. I would really love to hear his opinion if people that are that fat should still be treated that way, because honestly, they still are.  I feel fortunate that it hasn't happened to me yet, but before every flight the level of anxiety is ridiculous. Seriously ridiculous. Xanax-worthy-ridiculous.

This is so true though (from his Smodcast):

“I would never choose that seat if there was a fraction of a chance that I could not fit into it. That's how I live my life, I'm a fat person! We navigate the world differently. We have to navigate the world 10 steps ahead for our own dignity. “

I kept listening to the Smodcast though, and the most interesting part for me is around 55 minutes and beyond, where the story goes beyond just Kevin Smith's experience and talks about another girls experience plus how hard it is to be fat if you don't have resources like he has. And it's true. He can afford to accommodate his size and his surroundings so it's not an inconvenience. Others though, like myself, can't just pick up 2 airplane tickets everytime they want to fly somewhere.

Southwest, being a socially savvy company (listened to great social media cast study of Southwest from former SWA employee Paula Berg when I went to Social Fresh Nashville- another interesting fat experience), responded to Kevin Smith's tweets and then responded with this blog post:

The response, IMO, is kind of ridiculous, considering that Kevin Smith fit with armrests down and seatbelt without extender, with no objecting passengers beside him.

I don't want to really rant on this much longer. This goes back to my whole recent focus on motivation. While this may be another reason to become Skinny Emmie, will I ultimately be successful for trying to lose weight so I can fit on some damn company's airplane? Or do I need to find the reasons deep inside that will be a much stronger intrinsic motivation? The answer is the latter, but I'm still struggling to identify those points.

It's late and I'm rambling. Would love to hear anyone's thoughts or experiences.

History for the Home: Antique Shopping near Louisville 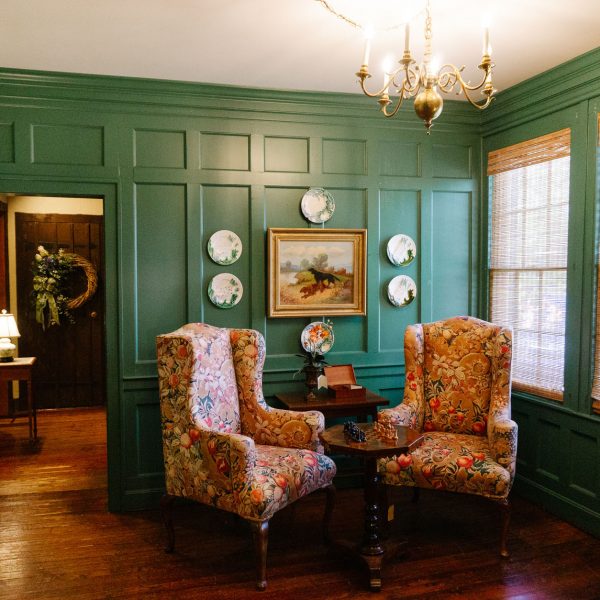 ← Blending In or Standing Out?
A Voice →