I have blogged MANY times about the lack of stylish, well-fitting plus size workout clothes. Yes, there is the stand-by of Junonia, whose style frankly is a little too “old-school” for my taste, in addition to being hella expensive. I must admit though, they're the only place I'll buy my workout swimsuits – SO worth the money.

I've talked about Target and their C9 by Champion line (as with many things, plus sizes only available online), however their offerings haven't changed in months, and seem to be fewer than before.

I also mentioned in this same post about the Danskin NOW line at Wal-Mart, which had a couple hits and a few misses when I last tried them.

Seeing as it's hot as hades already this year and I don't have any weather-appropriate clothes that fit (and I desperately need them for Bikram yoga), I searched online again at these places, and was really just pissed. I want the cute Athleta, lululemon and Fila Toning offerings to come in plus sizes *stomps feet*! And by “plus size” I mean at LEAST to a 22/24, if not a 26/28.

I set out on the hunt last week for some sleeveless shirts and new capris or workout shorts that would be appropriate for Bikram (since it's hot as BALLS in there). I used to have major hangups with my arms (there is a LOT of skin), but there are some muscles forming under there so I shouldn't be ashamed. Plus, sleeveless is more comfortable. Cut a MAJOR win from the now-redeemed Danskin NOW line at Wal-Mart. I ordered online because this girl does not do the madness of Wal-Mart in person.

I also bought the same “tennis tank” in a royal purple color, and it's awesome. For all of these, I'm wearing a 3x, which is a 22/24. The tops are a little tight, but that's how they're designed. I was really happy with the length of the tops also – I'm 5'10 with a long torso, and these had plenty of coverage over my belly. If you want something a little larger, size up. I found the pants were very true to size.

I ended up with 3 tanks and 2 pair of pants for less than the 1 yoga tank from Junonia I was looking at. I'm all for paying for quality and fit, but these Danskin NOW finds FAR EXCEEDED my expectations.

(and to the FTC: I was not compensated in any way to gush about these finds. That being said, Danskin, if you want to talk, holla at your girl. I'll give you a LOAD of feedback!)

While I head back to the Wal-Mart site to buy more, tell me: have you found any great plus size workout clothes lately? 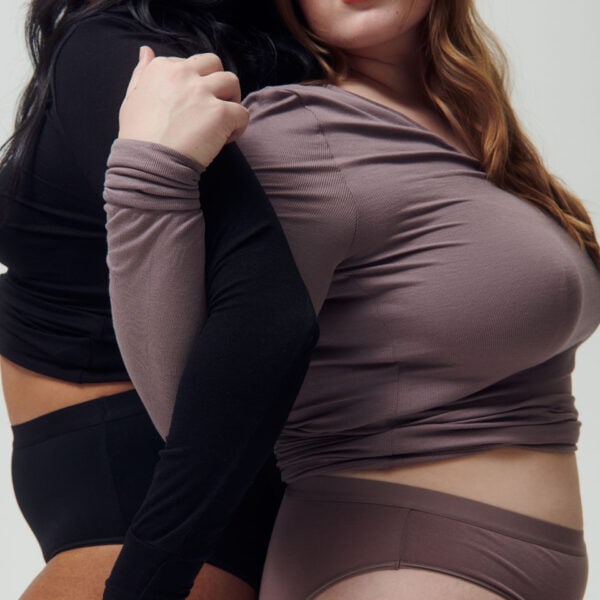 Lizzo’s Watch Out For the Big Grrrl’s: An Interview

← Palette for the Face
Plus Size Workout Clothes →