As a speaker at FitBloggin‘, I received a pair of earbuds. They were the third pair of earbuds I'd received this year at a conference, but I was actually excited for them. These weren't just ANY earbuds: these were JayBird Freedom Sprint Wireless Bluetooth Earbuds.

As excited as I was about the prospect of Bluetooth earbuds, I had some points of skepticism. Would they actually pair with my devices easily? That is such a huge pet peeve of mine: why have Bluetooth devices if they take 10 minutes to pair to another device? I was also skeptical that they would stay in my ears if I moved at all. I received a pair of wireless earbuds with a built in MP3 player earlier this year from a different company and the things would barely stay in my ears when I was walking around, much less actually exercising.

My fears were unfounded. Since I got home from Portland, I've been obsessed with my JayBird's. There hasn't been a single day where I haven't used them either paired with my phone or with my Macbook. I've Skyped with them and have used them on conference calls as there's a built in microphone. Mainly though, I just use them to bump music – the sound is really rich.

And as far as keeping them secure inside the ears, they have 3 sizes of earbud you can change out, in addition to 3 sizes of what they call “ear cushion fins” which actually go into the dip of your ear cartilage. I've never seen anything like it, and it works. 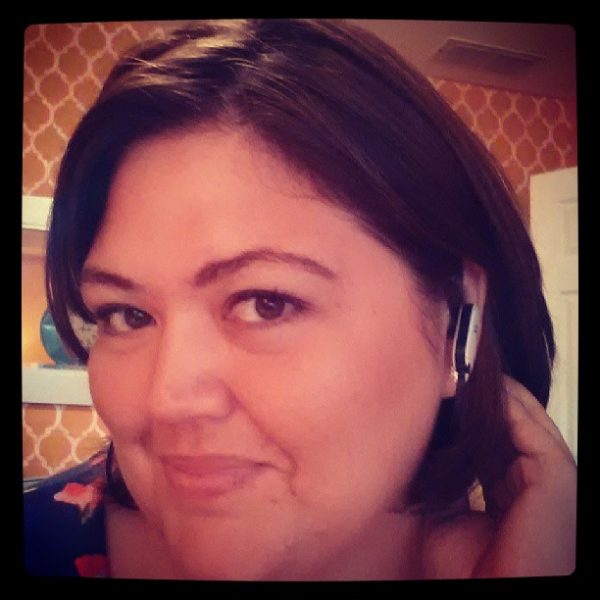 The earbuds themselves are quite light as well, so you don't feel weighed down by them. The cord connecting the two buds just goes behind your neck, and it's long enough where you can twist and turn your head without pulling one side out. They recharge with a micro-USB, which is really convenient since I have those chargers all over my house with my smartphone and tablet.

The awesome people at JayBird are letting me give away a pair of Freedom Sprint's to one of you! Simply follow the instructions in the widget below for entry. The email address is mandatory for notification of winner and will not be shared for any purpose other than that. Open to US residents only. Giveaway entries close at 11:59pm EST on 8/2/13.

EDIT: IF YOU ARE TWEETING FOR AN ADDITIONAL ENTRY, YOU MUST CHANGE THE PART THAT SAYS “FILL IN THE BLANK'! THE TWEET, IF YOU DON'T CHECK IT BEFORE TWEETING, SAYS:

Disclosure: I received this product for being a speaker of FitBloggin'. I was not compensated for this review and all opinions are my own. JayBird is providing the 1 pair for giveaway.

What workout would you use these JayBird Freedom Sprints for?