Woof. Friday around 4 pm I started to have a slight sore throat, but I thought it was due to this wonky-ass weather (that's a technical term) that we've been having. I was really looking forward to a super quiet night in as my introvert tank needed major refueling. By 9 pm, I was shivering uncontrollably. This never happens. I was in bed by 10, which I don't think has happened in YEARS. I woke up still shivering, and I took my temperature to reveal I had a fever. Thankfully I remembered my doctor's office has an acute walk-in clinic for established patients on Saturday mornings. I seriously have ZERO idea what I put on. I was seen nearly immediately and they ran a strep test and a flu test. Thankfully the flu was negative, but HEY STREP THROAT, haven't seen you since I was 13! The doctor and nurse both remarked how strep showed up out of nowhere and I think based on what I heard (sorry HIPAA – walls are thin), the 3 or so other people in the office also showed up with strep. I sat in my car for 20 minutes trying to get the energy to get out and get my prescriptions and other liquid or soft sustenance I would need. I left with my meds, some jello, pudding, protein drinks, and yogurt. Got home, fell asleep shivering, and stayed in bed for about 40 hours. I went from violent chills to sweating my ass off. I've done 3 loads of laundry today as I seemed to sweat out my fever on every sheet and comforter I own. I didn't even sweat that much when I did my half marathon. Grossness. 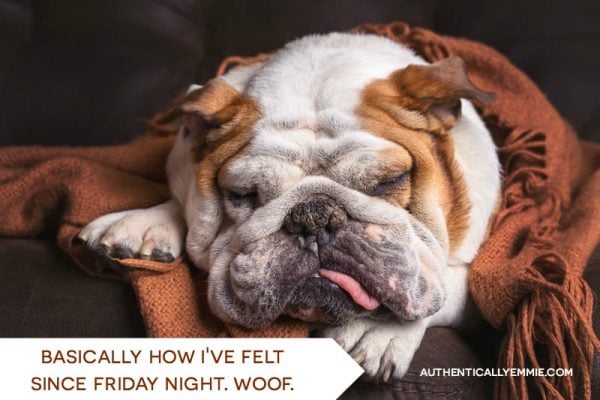 (But add lots of drool and sweat)

Being sick is the worst. I try hard to not be a miserable human being when sick, but come on. It's hard not to be. Being sick when you don't live with anyone kind of sucks too. On one hand, you can't get anyone sick. And there's 0 likelihood that you're in the wrong relationship. On the other, you don't have anyone to get you ice cream. Though I guess technically even if you're alone they still don't have to get you ice cream. Which what kind of an asshole would deny a sick person ice cream (or Kleenex or water or cough drops – whatevs.) Tradeoffs. To his credit, the ex picked up the dog (shared custody, it's a thing) as soon as I said I was sick and needed to sleep for days without having to hear her bark or let her out. And to my friends credits, I woke up to texts like “are you okay?” and “do you need anything?” I missed an event called Wags & Drags (fundraiser for a nearby humane society – puppies and a drag show!!!), so I was bummed about that, but seeing photos tagged #WeMissEmily made me warm and fuzzy. Or maybe it was the fever breaking again. Probably both.

Random thoughts while battling a 102+ fever:

Thankfully by last night I started to not feel like complete crap. I was upright for about half the day. Today, I'm up late trying to catch up on work (note to self: hire someone already!) but feeling much better. Antibiotics are amazing when you have the right ones! And per the doctor, I've not been contagious since 24 hours after antibiotics and I'm finishing up day 4 right now. So stop running away from me, people! (Kidding – I've just ventured in public once today).

But here are some virtual germ free smooches! xxxx

Hope you're having a good, strep-free week so far.

Down, but not out 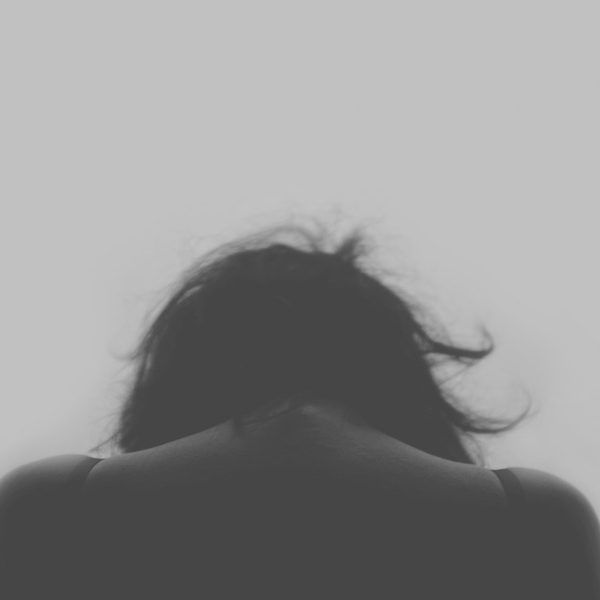 Getting Through the Endings