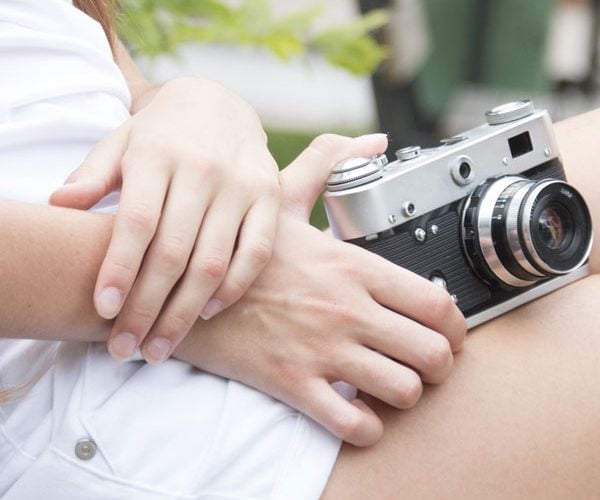 A few weeks ago, I was dealing with some major anxiety. As someone with generalized anxiety disorder, some level of anxiety is usually present, but manageable. In some cases, the anxiety is good for me as I feel I work harder and set higher expectations of myself. But this was an entirely different type of anxiety. If I had to try to describe it, I’d say it was a mix of performance anxiety and self-doubt. It was really bad.

The situation? I was meeting the boyfriend's parents.

Meeting the parents this weekend. Let's hope I don't embarrass myself. #dating pic.twitter.com/TjfeSoRxj2

I joked about it on Twitter in an effort to calm my nerves and lighten up a bit, but I was having a bit of a tough time managing the anxiety.

I must stress that there was nothing I was told about my boyfriend's parents that should have made me nervous. He has a great relationship with them. There were no red flags. He had zero doubts. But I really wanted them to like me.

If you're not someone who is accustomed to anxiety or stressing out about things, this might seem like an over-reaction. For those like myself who suffer from perfectionist tendencies (hello friends!), you may be able to understand the mix of panic and over analysis I went through for about 5 days before they arrived. Since being anxious isn't enough, I was also anxious about being anxious:

Why was I having self-doubt?
What was really worrying me?
Why did I think they wouldn't like me?

The answer that stared me straight in the face? I was worried they wouldn't like me because I'm fat.

Let me be clear — I don't think “fat” is a bad word. It's a descriptor. After years of being hurled insults both in-person and online (oy, internet trolls), I can handle being called fat. I work hard to not let people use “fat” as a weapon to cut me down. Hell — the majority of what I write about and share with the world is all about being fat. I've talked about eating disorders, losing weight, gaining weight, and flying when fat. I post photo after photo of my size 24/26 body in clothing, including photos in underwear and bikinis. You think I'd be well prepared for facing fat judgement.

After all my analysis of the anxiety, I realized why I was so worried: Fat is still seen by many as a character flaw.

I didn't want to be seen as someone with a “problem” that reduced their perception of my worthiness for their son. I feared that they, like many people, would associate my size with being lazy, unaccomplished, lacking in self-control, or any other of the horrible myths perpetuated in the media with being fat. Or maybe if they weren't so quick to judge, they'd pull the familiar passive aggressive digs:

“She has such a pretty face.” or “She'd be really great if she would lose some weight.”

I've heard those things since I was 10, thankyouverymuch.

Something J.K. Rowling wrote several years ago popped into my head as I reflected on this situation:

Sidenote: An interesting counterpoint, here is an analysis of her post that contradicts this with the portrayal of some of her characters in her books

The anxiety I was having wasn't necessarily about his parents. It was about society in general. Frustration and exhaustion of trying to prove worth because of physical appearance.

Blogger, model, and designer Nadia Aboulhson retweeted something she shared last year, and it struck me as to why the situation was so anxiety-producing:

In this situation, their opinion mattered so much because their son means so much to me. Random passers-by I can usually handle. But loved ones of a loved one? Cue anxiety!

In times like this, I've learned to ask questions:

As is the case for most overwhelmingly anxious situations, everything worked out fine. Even better than the best case scenarios I'd imagined. They are really wonderful, caring people. I enjoyed spending time with them, and look forward to seeing them again soon.

While the anxiety in this particular case was triggered by meeting his parents, the body anxiety and frustration has nothing to do with them. The anxiety was rooted in the frustration of snap judgements and assumptions. Everywhere I look, I see messages that thin is better. Fat is flawed. Weight loss is good. Not focusing on minimizing is bad. On a single magazine cover I can read headlines of “5 ways to love your curves*” and then “Celeb secrets for looking trim on the red carpet.” The messages may not be more frequent, but they are much clearer to me than they have in the past.

(*curves meaning boobs or butt, and in some cases hips – but not rolls or pudges and certainly not a visible belly outline)

I've read and re-read Rupi Kaur's Milk and Honey and these are saved on my phone and serve as great reminders:

I don't have an answer on how to make this better, but I do hope that sharing will help some people realize they're not alone in feeling anxiety over body image or anything else. Many of us go through it, we're just really good at concealing or functioning with it. 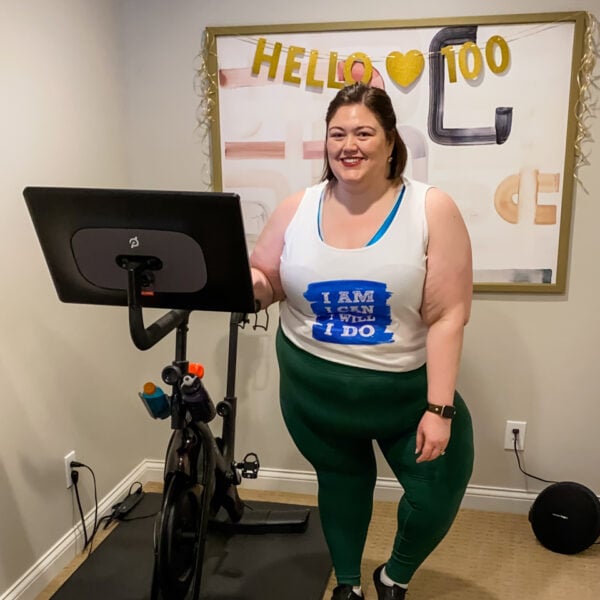