This is another post in my “Fat Camp Follies” series. Other stories in the series include:

So, after reading part 1 of this story, you know that I successfully made it, incognito, to B's car. Deception 1: telling my peers I was going to sleep early. Deception 2: Getting in a car with an “adult” (18) when I was a “minor” at 17. Deception 3: Leaving the campus without parental permission. Heh heh.

B and I were so worried about getting off campus unseen that we hadn't even thought about where we'd go or what we'd do. We decided to just hit the freeway and drive with the windows down and chat for a while. We were great talkers. We could range from stupid stuff like fart jokes to complicated issues such as our parents relationships and being overweight. I came to learn that B was a fat camper when he was younger. He fortunately “grew out” of his fat phase, but he totally understood where I was coming from.

We ended up driving for so long that we ended up realizing we were getting close to Tijuana (TJ), Mexico. Neither he or I had ever been in to Mexico, so what did we do? Drove across the border. Without Mexican car insurance, which you kind of needed to drive in TJ. Most people would park at the border and walk over, catching a cab to whatever shady TJ bar they could get in to, since the legal drinking age was 18. B and I? We didn't have a plan. We just drove. And got lost. Seriously, it was so funny but kind of scary. We ended up finding a TJ cop who thankfully, was on the right side of the law. We followed his car back to the border and we headed back north towards San Diego.

Once we made it back safely into familiar territory, we decided we had enough excitement. We needed to find somewhere to just hang out.

We ended up parked at the beach of La Jolla Shores, which is gorgeous. It was well after 1am at this time, but neither of us had realized it. We hopped out of his car and sat on a concrete barrier with our feet dangling over, staring out into the dark night with the waves crashing in front of us. The smell of the salt water air and the cool breezes were intoxicating. We talked and talked (and when I say “talked,” I honestly mean TALKED). We did hold hands after a while, neither of us breaking our chatty stride. By now we were on to much more introspective topics than fart jokes. I completely forgot about all the rules I had broken to get to that point. So unlike me.

After an hour and a half or so, we ended up going back to his car because it had gotten pretty chilly. We reclined both our seats back and just laid there, still chatting away. I then had a pretty hot and heavy (but in the end, pretty innocent. We didn't do it.) makeout session.

Sometime during the sucking of each others faces, a light shined in the window. Panic. SHIT. THEY FOUND ME. I'M GOING TO GET KICKED OUT OF FAT CAMP- MY FAVORITE PLACE ON EARTH.

Instead, the young cop chucked as B rolled down his window and just said “just making sure you guys are okay.” We assured him we were, and continued on our makeout session.

5:30am rolled around and as the sun rose, B sped back to campus so I could get back into my dorm before people woke up at 6:30am.  Yes, I had stayed out the whole damn night. In teenage bliss. With B.

I hopped out of his car and fumbled to find my dorm key. Before I could get to the door, I saw her. Sitting on the steps. My counselor in charge of keeping watch over me. Shit.

She went on about how disappointed she was. About how she HAD to tell the owner of the camp so I could be dealt with. Because she and I would be in so much trouble. I felt like the biggest pile of shit on earth. Bad for her, sad for the phone call I'd have to make, sad for having to face the camp owner, who had brought me back at no charge in this special role. Shit.

After breakfast, I sulked down with the counselor to the owners office. I plopped down in front of her and told her. “I went out with B last night. Off campus. I'm sorry.” I'm sure I looked completely pitiful. There was silence. I braced for impact.

“So, you and B huh?” Then, a smirk appeared on her face. I didn't know if it was a trick. I explained again, “I'm so sorry. I didn't want to get anyone in trouble.”

And then, I experienced not only forgiveness, but actual happiness at my indiscretions!!! Camp owner said “well, I'm going to need you to call your parents and tell them, so they know what happened, since we're responsible for you here since you're 17.” I quickly agreed, and started to leave. On my way out, she said softly, “Next time, just get one of your parent's permission, you know, since B isn't a counselor here anymore since he's leaving for his knee surgery.”

I got away with it. All of it. I called my mom, who was always SUPER cool about stuff like this. She asked me about B, and of course said that if I wanted to do it again, that she'd call in with her permission.

The following day when taking the kiddies to their classes, the place where B and I used to meet, I called him. He had since made it back home to Santa Barbara. He was relieved I wasn't in trouble. And he planned on coming up in 2 weeks to take me out again.

No sneaking around this time. We left with permission. We ended up going to a movie where half of the boys camp happened to be at. Damn. If we tried to hold hands or anything, all the boys would say “ooooh!” Damn kids. It was funny though.

We ended up walking around the shops at LaJolla cove. No trips to Tijuana. Nothing scandalous.

I didn't really talk to B much after that, unfortunately. In any case, I'm thankful that he helped me experience, for once, my uninhibited side. Now, I'm wound so tight that it's good to look back on these memories.

Unlike boob guy, I don't know what B's ambitions were. And alas, a Google stalk search of him doesn't yield anything, so I can't update you like I did with boob boy. So, I'll hold on to the memories of B, of briefly being a rebel, and of getting away with it. 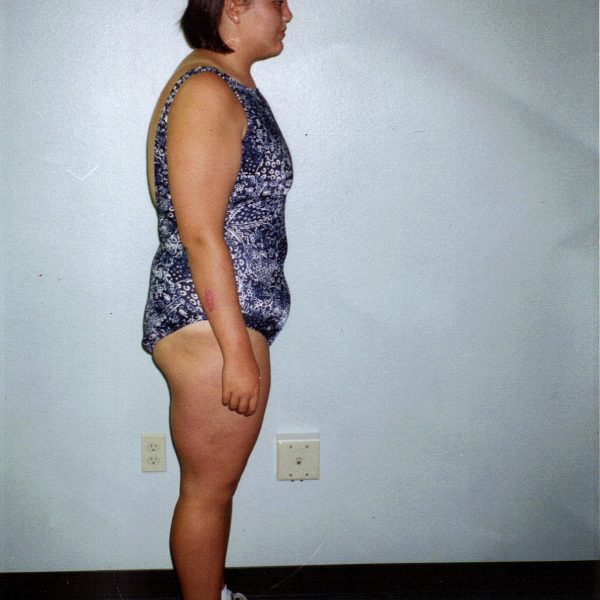