The past few weeks, this feeling has come over me of intense sluggishness. I feel bloated, lethargic, have ongoing headaches, brain fog, and am not sleeping. One of my biggest priorities since this divorce process started was to avoid a binge. I have been binge-free for over 2 years now, but with such an emotional blow, I was prime for a relapse. My binge eating disorder peaked after my mom died in 2007, and it feels like this period has tested me even more than that. I'm happy to report there have been zero binges (seriously, I'm so proud of myself for this), but that doesn't mean my eating and activity has been at a level where I want it to be.

After years of hating myself because of the number of the scale, I had gotten to a point where I had a major mind shift: making decisions for my body based on health and how it felt, NOT because I needed to see a certain number on my clothes or on my scale.

The shift was so freeing, and I found myself making choices that were purely based on how my body felt. After learning I have Hashimoto's, cutting out gluten made me feel so much better (and I'm going on 1.5 years gluten free!). Over Thanksgiving I accidentally ate something with gluten in it, and I broke out into hives. That hadn't ever happened before. Mix in the extra wine I've been drinking, sugar (which always makes me feel HORRIBLE) in holiday treats, and over-eating grains and other gluten free frankenfoods – my body doesn't feel like mine right now.

I have a lot of things I want to do in 2015, and my body feeling this sluggish will hinder that. Time to clean up this food act that has completely gotten away from me past 3 months (the first 2 weeks of learning about the divorce, I couldn't keep any food down. That was equally as bad.)

New Years Resolutions always seem like they're set up to fail, so I don't want to call this a resolution. The timing just so happens to fall right as my head is clearing up emotionally and I'm fed up with the brain fog and lack of energy. I'm cleaning out my pantry and then re-stocking with the things I need to do another Whole30. My body felt so much better last time I did one, and I look forward to focusing on preparing and cooking good food that I know will lift me out of this fog. Nourishing the body will help me nourish my soul in 2015.

Don't think I'm going to do a before/after or measurements or anything on here. Just throwing this out there if you were interested what I'm up to. Also, I've been working through a couple of emotional exercises to look back at 2014 and set some intentions out for 2015 – it's been challenging (every answer looking back at 2014 seems to revolve around divorce), but thought-provoking. Both are free if you're interested. I started with this goal-setting kit from Nicole of Life Less Bullshit and am now working through Unravelling from Susannah Conway.

Hope you're having a good week! 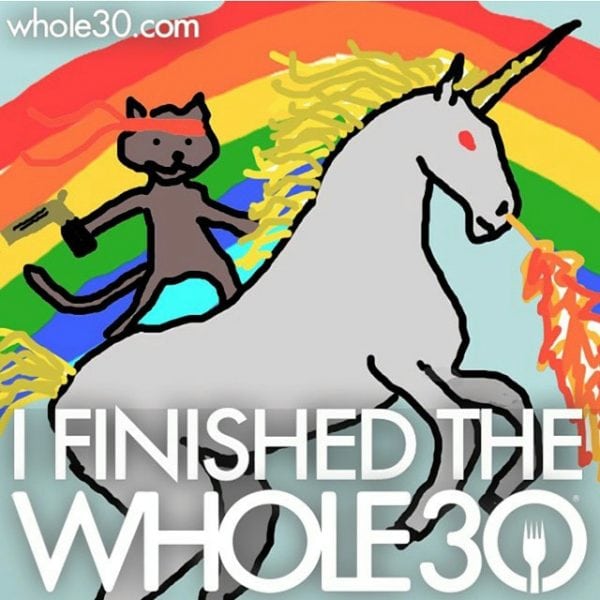